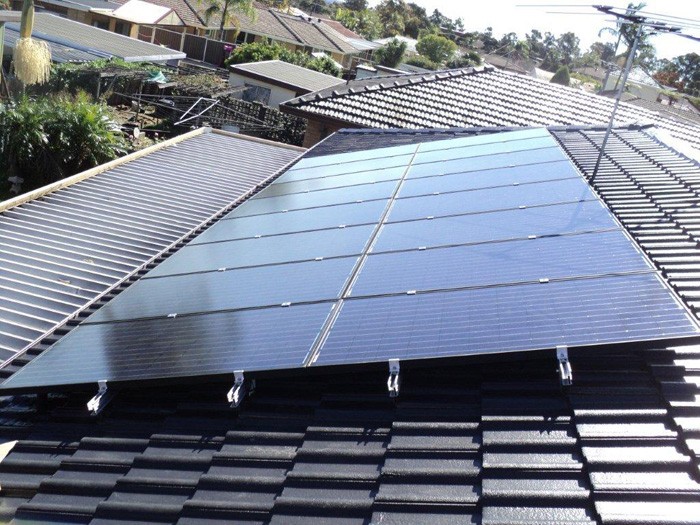 Which solar power facts are true, and which are just myths?
Depending on who you talk to, their agenda and their level of knowledge – You’ll hear a different story. Get the facts straight below.

While there is no question electricity costs have skyrocketed in recent years, there are many reasons behind the price hikes and solar is far from the worst offender. Industry data points to network and transmission charges as the biggest culprits, while the impact of solar rebates is shown to be trivial.

An EUAA (Energy Users Association of Australia) media release summarises the current state of affairs: “Network prices, i.e. the prices charged to transport power across poles and wires, make up half of the electricity bill and have been by far-and-away the main contributing factor to the price increases.” Indeed, a breakdown of the average Australian household’s power bill by the Clean Energy Council puts solar schemes at just 6 per cent of total cost. Government support for large-scale renewable energy accounts for 2 per cent; the remaining 92 per cent is made up of wholesale electricity price, network charges and other costs.

‘Solar Panels Are Too Expensive’

In the past, the price of solar panels could certainly have been seen as prohibitive to most Australian families. Today though, the cost of producing and installing solar power has dropped drastically – especially in recent years.

According to the Clean Energy Council, solar panels are more than 500 times cheaper to manufacture than the first solar cells of the mid-1950s. Global market prices for solar PV have dropped by 75 per cent in the last four years and 45 per cent in the last 12 months alone. Solar panels are more affordable than ever and it shows – the number of Australian household with solar PV systems has increased by more than 55 times since the beginning of 2009.

The question of whether solar PV is yet competitive with coal is more complex. Many commentators believe residential solar has already achieved grid parity; some others suggest that while grid parity has not been reached, it is not far away. According to a research paper released by Bloomberg New Energy Finance (BNEF), the confusion surrounding price competitiveness relates largely to the metrics used to compare the costs of different energy sources.

‘It Only Works In Sunny Weather’

Solar power comes from the sun. The more sun, the more power – Right? While it’s true that sunnier conditions are generally ideal for solar power generation, it’s not that simple. Even overcast conditions can provide optimal solar generation since panels generate electricity from light (UV rays), not heat.

This myth was roundly dismissed by the CSIRO in a 2012 report entitled Solar intermittency: Australia’s clean energy challenge. Following a year-long, world-first study, the report concluded that while cloudy weather can reduce electricity production from solar panels, intelligent grid management would mean panels and mirrors could supply 40 per cent of the nation’s energy.

An extension of this myth is the notion that rooftop solar panels are unproductive during colder months. While the summer months do bring the benefit of longer daylight hours, in reality winter can be a good time for solar electricity production, as too much sun can even restrict power generation due to the ‘Max Power Temperature Coefficient‘. Even in the darkest, dullest weather, a solar rooftop system can generate as much as 25 per cent of a normal clear day output.

‘Solar is Only for the Wealthy’

Rooftop solar may once have been largely the domain of wealthy inner-city dwellers, but new research demonstrates this is no longer true; indeed, it is quite the opposite.

Data from the Office of the Renewable Energy Regulator shows that households in low- to middle-income suburbs, regional areas and retirement belts have embraced solar in the highest numbers.

The top Australian solar postcodes in 2012 include Dubbo (NSW), Caloundra (QLD) and Victor Harbour (SA), where more than a quarter of households have now installed solar power. Acting Chief Executive of the Clean Energy Council Kane Thornton said the information suggested those most vulnerable to rising power bills were more likely to invest in a solar system.

“With the price of panels now about a third of what it was just three years ago, many people see solar power as a way to save on their energy bills as well as do something for the environment,” he said. “Solar panels are fast becoming the Hills Hoist of the 21st Century.“

It can happen, but the reality is, the solar industry is very highly regulated and controlled, with strict compliance standards. Solar installers must first become qualified electricians, and then from that point can attain their solar accreditation.

In order to make sure you’re dealing with a reputable solar installer, ask them the key questions that will help identify whether they’re a long-standing, reputable company in the solar industry, or whether they’re an installer looking for a quick buck looking to go by the bare minimum.

This myth is one that has caused people to question the safety of installing solar panels. According to the both the South Australian Metro Fire Service (MFS) and the SA Country Fire Service (CFS), this urban myth is completely incorrect.

The CFS District Officer of Community Safety Allan Foster says, “I’d like to assure the public that no matter what power supply exists at a property, fire-fighters are well prepared and educated to bring a fire under control“

On top of this, according to information published by the Clean Energy Council in 2011, approximately 100,000 solar panels were installed on Australian houses in the last 30 years – With no reports of any system acting as a catalyst for property fires.

According to the Energy Yield Ratio model (EYR), the investment to power return for a 2kW grid-connect monocrystalline-silicon system in Australia is estimated at 7.5 over 20 years and 11.2 over 30 years. This means that this solar PV system will repay the energy used to produce it 7.5 times in the first 20 years of its life, and 11.2 times if it reaches 30. (Most solar PV systems carry a warranty of around 25 years).

Originally, the Energy Payback Time (EPT) model was used to quantify the radio of energy generated compared with the energy used to produce solar PV electricity. However, Richards and Watt argue that the concept of EPT is flawed; that it does not reflect the net energy produced throughout the life of an individual product, and becomes problematic when considering the replacement of various system components over the entire life cycle. They propose a new identifier – energy yield ratio (EYR).

The EYR model calculates how many times the energy invested is paid back by the system in its entire life. An EYR of 1 or greater indicates an energy product that generates more energy over its lifetime than was required to manufacture it.

Regardless of the indicator is used, the idea that solar PV cannot pay back its energy investment is clearly a fallacy. Indeed, based on models and real data, it is evident that solar PV repays the energy used to create it many times over. What’s more, as solar cell technology continues to advance, the manufacturing processes and materials used are becoming increasingly efficient. The energy required to manufacture is decreasing, while the life of a system life and amount of energy it can produce is getting higher.

The Quick Look At The Bigger Picture

While the issue of energy payback is important, it barely scratches the surface when considering the bigger question of the overall environmental impact of solar PV. While any manufacturing process requires energy, the carbon footprint of solar cells ends there, while other forms of energy continue to produce emissions. The value of solar PV should be measured not only by the smallness of its carbon footprint, but also in terms of the emissions it prevents as a clean alternative to fossil fuels.

Concrete statistics relating to this area are difficult to come by as there are many variables to consider (energy consumption, the type of solar system, location etc.). To provide a frame of reference, here is a rough calculation offered by the US Department of Energy: An average U.S. household uses 830 kWh of electricity per month*. Producing 1,000 kWh of electricity with solar power reduces emissions by approximately one tonne of carbon dioxide. During its projected 28 years of clean energy production, a rooftop system with a 2-year energy payback and meeting half of a household’s electricity use would avoid conventional power plant emissions of 100 tonnes of carbon dioxide.

*World Bank data shows that average Australian electricity consumption sits somewhere around 900 kWh per capita, per month – even higher than the US average used in the calculation. To put that amount in perspective, one ton of carbon dioxide would fill a cube of 8.2m x 8.2m x 8.2m – approximately the size of a two-storey house. Using this calculation, installing a solar PV system saves the equivalent of 100 two-storey houses’ worth of carbon dioxide – approx the same amount that would be offset by 600 pine trees over 25 years.

10 Ways to Modernise Your Kitchen

Create the Ultimate Outdoor BBQ Area in Time for Christmas